The Shiloh Wind Power Plant was installed in four phases, one of which was repowered from much smaller and older-design lattice-tower turbines that were installed in 1989.

Climate change emissions from fossil fuels in excess of the planet's ability to balance that carbon output with natural carbon consumption requires humanity to switch to renewable forms of power generation, such as wind turbines. Wind turbines can be mortally dangerous to birds and bats, however. 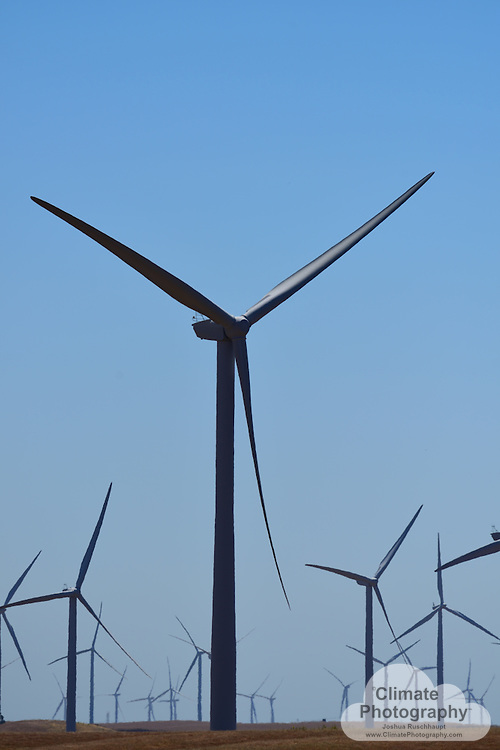