11/15/2016, Boulder, Colorado, Pearl Street Mall County Courthouse and Wells Fargo Branch. These were two peaceful protests with music and speeches to rally people to say no to the Dakota Access pipeline (#NoDAPL). From www.nodaplsolidarity.org website:

The “Dakota Acces” Pipeline (DAPL) is a $3.8B, 1,100 mile fracked-oil pipeline currently under construction from the Bakken shale fields of North Dakota to Peoria, Illinois. DAPL is slated to cross Lakota Treaty Territory at the Standing Rock Sioux Reservation where it would be laid underneath the Missouri River, the longest river on the continent.

The DAPL is a massive project being organized by a shady group of the world’s largest fossil-fuel companies and banks. They have offices in cities around the world. Putting direct, nonviolent pressure on the corporations building and funding this project is critical for supporting frontline resistance to DAPL.

Wells Fargo is listed as a "secondary target" on the website. 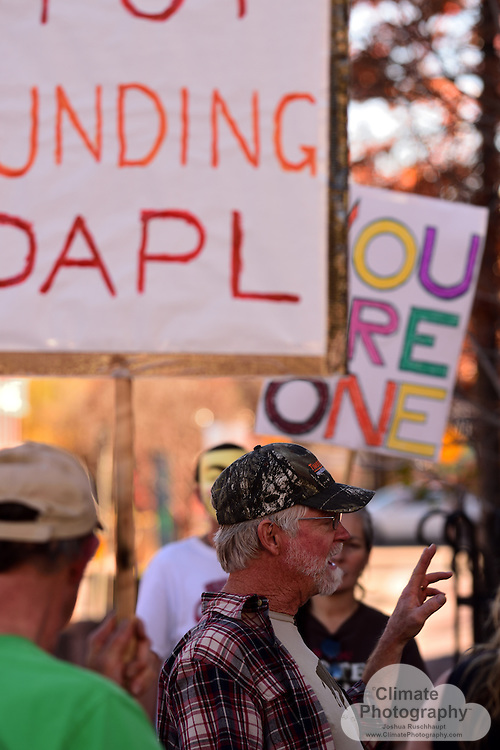