This is a severely underexposed image of the concentrated solar rays that hit the centralized solar collector boiler tower, from over a mile away. The exposure levels of the image allow for correct exposure of the tower itself, under full sunlight reflection from tens of thousands of mirrors. All other images in this gallery show this portion of the tower as overexposed, as would be the case if looking into the sun without eye protection. This image shows what is behind the intense light during operation.

Climate change requires some creative thinking about how to generate reliable power to the electricity grid. The Ivanpah Solar Power Facility, located along the California/Nevada border along Interstate 15 near border-town Primm, NV, is a hybrid natural gas and solar collector steam-generating station. Natural gas is used to pre-heat the station in the mornings. The mirrors concentrate sunlight focused onto a tower holding boilers that heat water into steam, which turns turbines that generate electricity. The basic concept of the power generation itself is very similar to any other turbine-based power generating system, as used in coal, natural gas, biofuel, nuclear, or hydroelectric generating stations. The novelty of the Ivanpah system is that it uses sunlight as its fuel that it has to concentrate on-site. 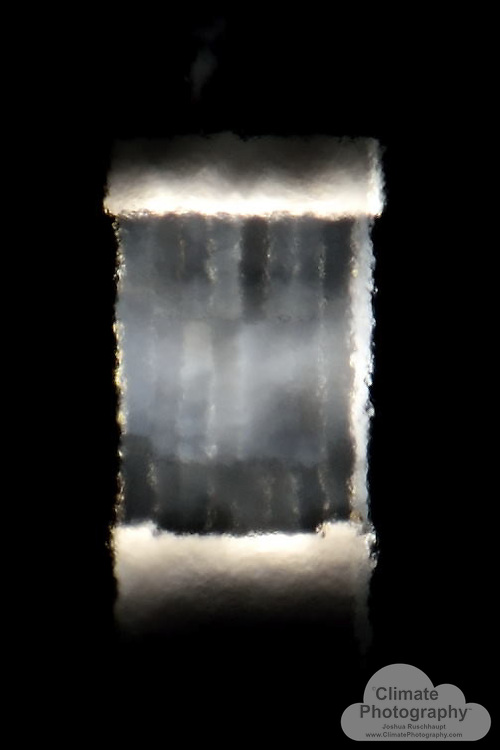