The San Gorgonio Wind Farm, A.K.A. "Palm Springs Wind Farm," is one of the largest wind farms in the world. The geographic siting of the farm situates itself between the ocean and the desert, where temperature gradients cause a steady production of wind, especially in the summer months when energy demand is higher.

There are several wind turbine technologies in use or being installed here, due to the age of the project and continuing investments by various companies. There are the traditional lattice-tower turbines that have a long reputation as harming birds. There are the newer giant 3 MW turbines that are more "bird friendly." And the newest design to debut is similar to the traditional small 100 kW lattice-tower turbines, but with a "shroud" enveloping the blades that cause a higher electricity generating efficiency, and, it is hoped, will be less harmful to birds since it is a static structure addition around the turning blades that offers physical protection from the blades as well as being more visible of a structure than quickly-spinning blades.

Climate change emissions from fossil fuels in excess of the planet's ability to balance that carbon output with natural carbon consumption requires humanity to switch to renewable forms of power generation, such as wind turbines. Wind turbines can be mortally dangerous to birds and bats, however. 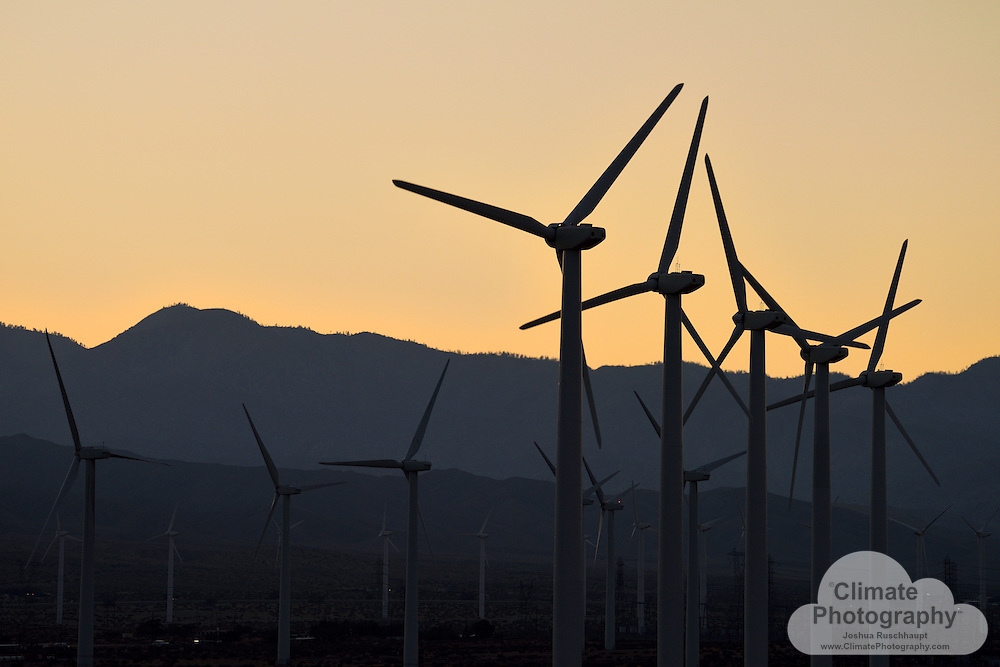