The San Juan Power Plant, the Four Corners Generating Station, and accompanying coal mines are pictured herein. These projects have a long history of pollution and controversy.

Here are some articles to share that history and current events:

Although the Republican Party may desire to re-frame the discussion about coal as a "clean" energy fuel (stating such in their latest policy platform), the facts of the matter say the opposite- coal kills through "dirty" pollution in many ways: http://www.scientificamerican.com/article/how-coal-kills/.

Unfortunately, locals will recreate around these power stations, catching fish, among other ways. In a single day visit, there were several fishing parties present, with one saying he was strictly catch-and-release (observed), while another could be seen saving at least one fish for later (pictured). Recreationists are warned by at least one sign not to swim in the water, but yet they seemed unaware of the hazard to their health about eating something that lives in that same water. 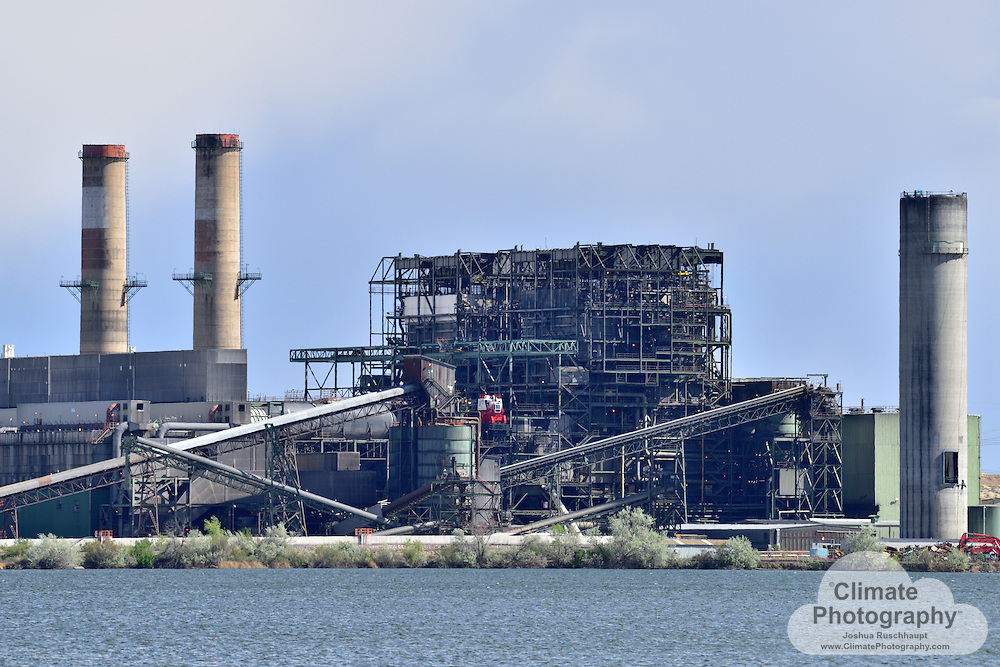