Excited to be chosen by High Country News editors for their photo contest submissions gallery! High Country News is a great source of information, images, and news from the Western U.S. It's an honor to be a small part of their activity. The image, seen at http://www.hcn.org/issues/48.17/photo-contest-gallery (slide 9), was from an early morning in Olympic National Park this past June (2016).

The image was made at 500mm, handheld, from Mora Road on the north side of the Quillayute River: Nikon D810, 200-500mm @500mm, f/5.6, 1/320s, ISO800. I noticed the bobbing heads of otters in the middle of the river, with intermittent bubbles surfacing as they hunted for food below while they swam upstream. Five otters in this family, they took a short break on the south shore of the river with the backdrop of the Pacific Ocean. Seconds later, after this shot, they dove into the river to continue hunting. I have images of the entire encounter. I hadn't expected to see them, but after a tiring evening, night, and morning of various other static landscape and astrophotography, discovering this boisterous bunch really #energized me that morning. 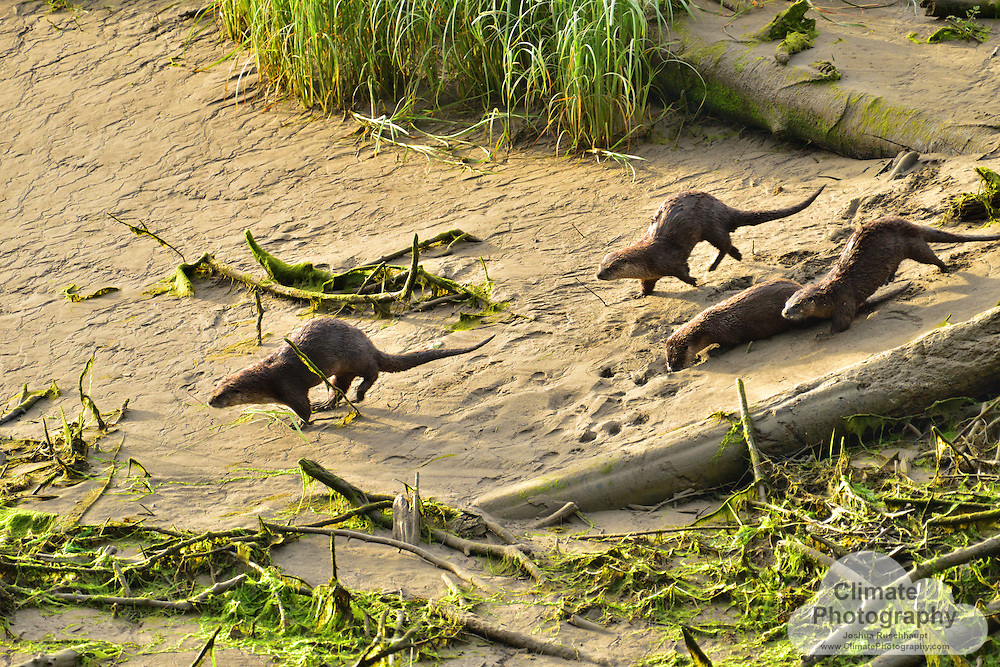