#ThisIsClimateChange Mono Lake, CA has a long and storied history that goes back thousands of years with the native peoples who lived there. The lake has no natural outflow, other than groundwater and evaporation, the latter losing more, on the arid desert side of the Sierras. In more recent times, 1941 marked the year this lake became drawn down through a man-made diversion to the Owens River Valley pipeline to Los Angeles, hundreds of miles away.

Unfortunately, climate-enhanced drought conditions over many recent years has not allowed a speedy recovery as many hoped. These images show how a windy day can distribute a significant amount of alkaline dust into the air. In the Owens lake dry-bed, currently under heavy management, dust released from wind from exposure due to L.A.'s 20th century water diversions has been linked to many toxic chemicals and one of the planet's largest airborne dust contributors, at around 5%. If Mono Lake had been completely drained, including allowing the endemic brine shrimp to go into extinction, this lake bed would similarly have contributed significantly to that dust figure.

The water level in Mono Lake is holding its own, slowly increasing, but it is still around near-historic lows: http://www.monolake.org/today/water. Air quality is a major factor in determining how high the water level should be managed. Continuing climate change impacts will determine how quickly this lake can return to levels scientifically deemed to be "healthy" for this ecosystem. 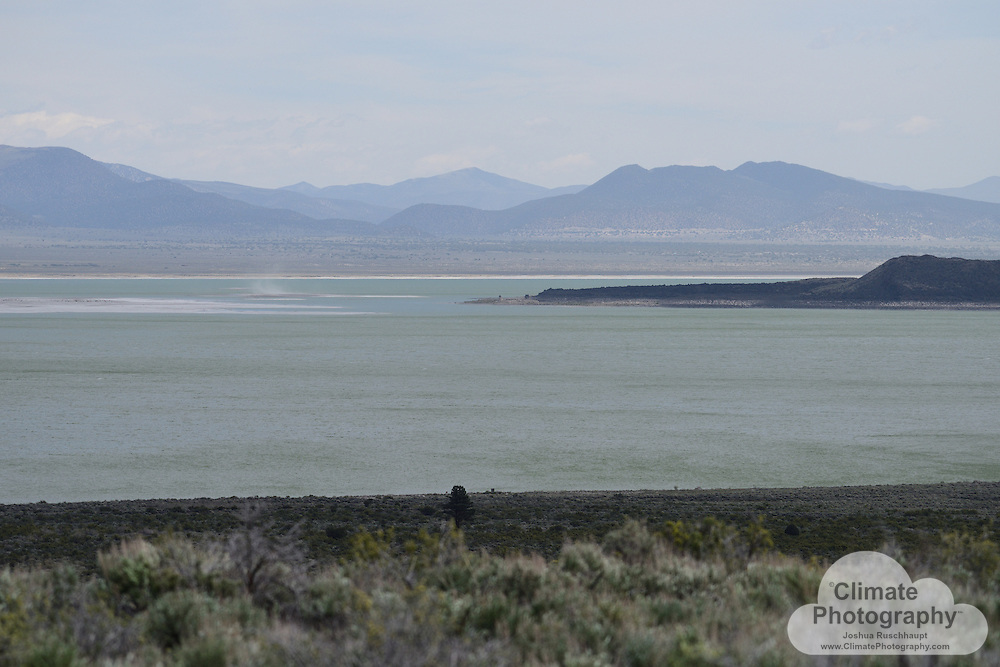