Altamont Pass Wind Farm is one of the oldest and largest wind turbine facilities in America and the world. Having gotten its start as a result of the policy incentives from the 1970's era energy crisis, this farm is now in a second phase, having been through the process of "repowering" from old, smaller, more avian-destructive turbines, to larger, slower-turning, more powerful, and less avian-destructive turbines. Some of the Altamont Pass Wind Farm's energy output is contracted through a power purchase agreement (PPA) with Google to power their Googleplex in Mountain View.

Climate change emissions from fossil fuels in excess of the planet's ability to balance that carbon output with natural carbon consumption requires humanity to switch to renewable forms of power generation, such as wind turbines. Wind turbines can be mortally dangerous to birds and bats, however. The Altamont Pass Wind Farm has been challenged by environmental organizations for these impacts, so siting wind projects is critically important, as is improving wind turbine technology for these species. 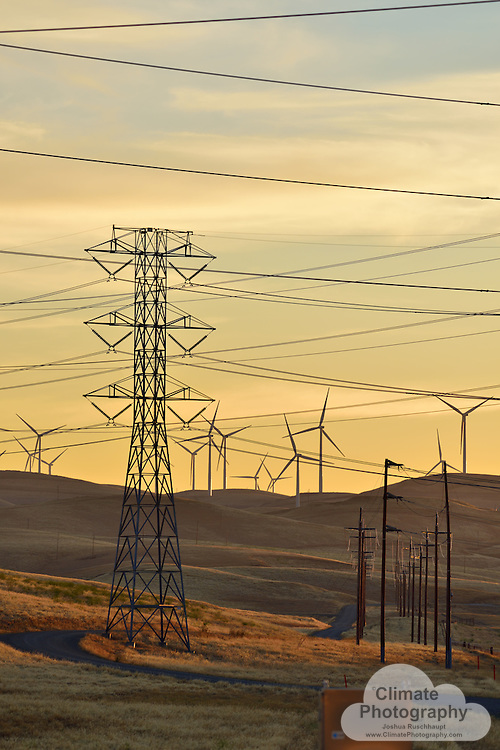