Skagit River Hydroelectric Project in Northeastern Washington contributes to climate change, as all dams do to varying degrees, as explained in this Washington State University press release: http://www.eurekalert.org/pub_releases/2012-08/wsu-ang080612.php. Basically, aside from the carbon emissions from dam construction, there is an initial "carbon pulse" from filling a dam, when the plant life is engulfed and decomposes, and then there is an ongoing emission of methane that is developed within the impoundment, as carbon dioxide is converted by plants and decomposed by changing water levels as the reservoir is managed for energy production.

All three dams are shown herein, the Gorge, Diablo, and Ruby, renamed to Ross, Dams. 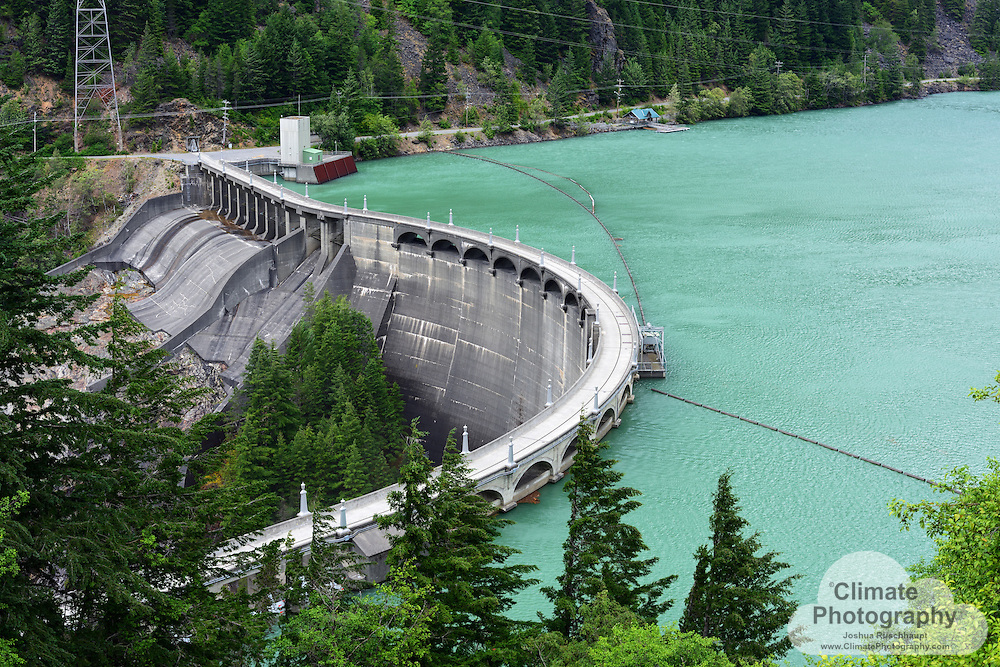