The Latigo Wind Park, owned by sPower, completed construction in December 2015. These mountain-side turbines are monitored very carefully by two contracted biologists, who are networked with the individual tower operations and can slow or stop individual turbines in the Park at any time to prevent an Eagle collision.

On the day these images were made, contractors had just completed construction of two Eagle watch towers for the biologists, who were operating from the grounds for five months, in the elements. These strategically-positioned towers give 360-degree views of the Park, and shelter to the biologists during the roughest winds and weather.

Curtailing individual towers for Eagle safety does not significantly impact the operations of the entire project, and is becoming a common practice among wind turbine operators, among other technology uses for avian safety.

Photos in this gallery are property released by sPower. 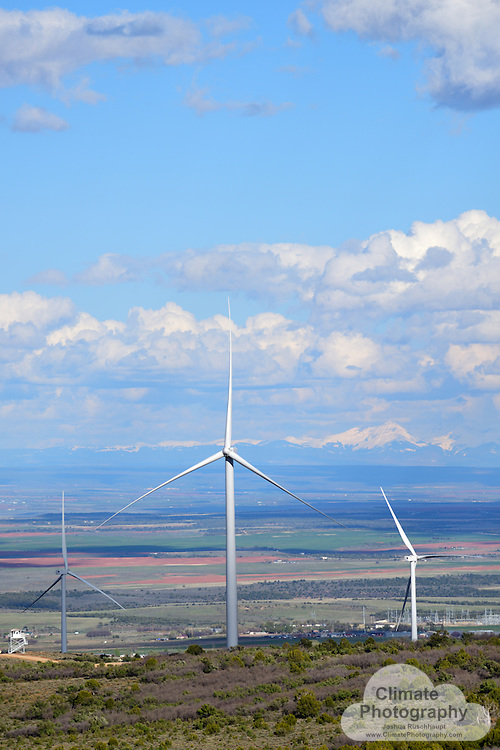